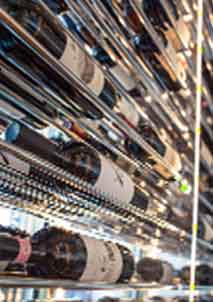 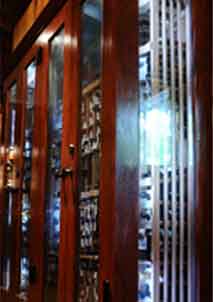 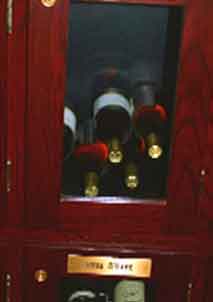 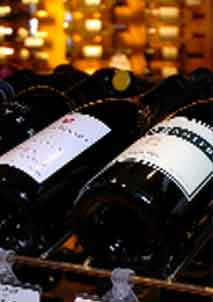 Fast Quote or Just a Question?
Have one of
our wine cellar
designers
contact you Click Here
Project Features
Stop Leak Used to Seal a Freon Leak in a Wine Cellar Cooling Unit

We’re now back to where we got the unit and put it back together. I’ve got the unit closed up again and I was able to find the leak at the bottom of the unit there mostly. It’s not something I can physically fix like I was thinking, only because there are porous leaks. So it’s almost like refrigerant seeping through. It is common with wine refrigeration equipment, because of the amount of humidity that the equipment works with. So what we’re going to do next to proceed and fix and remedy the problem is we’re going to add an additive to the system. When adding those additives, it seals very small leaks normally found in the evaporator coils. If it was a weld or something that came off, then I would be welding it right now. But it’s not. So the way to address is to add a stopper.
So the leak isn’t in one of the tubes that go into it? The pipes that go into it? The leak is actually where?
It’s actually all around the copper. So it’s not in a specific point. It’s multiple locations.
Right.
Unfortunately, I cannot take heat directly on to that area because of the fence are made of aluminum and copper
But the copper where you’re saying the leak is, what part of the system is it?
This is the evaporator coil.
So it’s actually in the coil. Is that where the leak is?
Correct. So it’s not in a component or an exterior part of the coil or outside the coil. It’s actually within the coil area. The coil area consists of fence and two going out from side to side. And fence, aluminum fence, that go up and down, which is where the heat transfer happens. This is where all the heat get absorbed and transferred, carried over by the refrigerant.
So to fix it, where going to…
So to fix it, what I’m going to have to do is I’m going to have to add a stop leak. It’s a dye. It’s a substance. It comes in a can usually. You got to be careful when adding those type of substances to the equipment because you have to make sure that it’s set up for the right tonnage. In other words, the capacity of the equipment. You don’t want to put it in a bottle like that’s due a large system, because you can clog up the equipment. You can have a failure.
So it’s important just to get the right balance so that…
It’s important to get the right can.
And how are you going to add it? Are you going to add it to the…
That is added in the condensing unit…
Which is outside…
Which is outside. So we’re going to go back up there. We’re going to be adding the Freon first. The stop leak’s going to be the last thing we add to the system before we put the system back online and get it running.
And what is the likelihood is that that will fix the problem?
For something like this about 50%…
About 50% chance that…
Chance that it’ll repair the leak.
And if it doesn’t?
And if it doesn’t, then we will find out in a month when we do the follow up based on the Freon level if it’s leaked or not. So until then we won’t really know but in comparison to replacing the equipment, this gives you the opportunity to save a lot more by using the remedy.
So this is basically, “try the stop leak, and if that fixes it, great. If it doesn’t, then the unit will actually have to be…”
If it fixes, then you can get another 5 or 10 years depending… I have had good… I would say that in most cases when I’ve used it, 9% of the times that I’ve used it I haven’t had any problems.
But if it doesn’t work?
But if doesn’t work, then we’re back to the original problem, which at the point we’ll have to replace the evaporator coil.
Alright, cool! So you’re saving the clients some money, hopefully!
Hopefully we can save the customer some money here and get away from trying to replace the unit right now.

In part three of this service call video series we discuss the nature of the leak and what we need to do to fix it. We talk about the process for adding “stop leak” to the wine cellar refrigeration systems and why we use it. M&M Cellar systems are based in Los Angeles in California.

Wine Cellar Design
3D Drawing
Request
We will create a unique
design just for you!

Fast Quote or Just a Question?